Student co-chair Riya Bhatla was interviewed by Joseph Quigley of Newmarket Today about the latest changes in school safety protocols while school transmissions continue to rise. 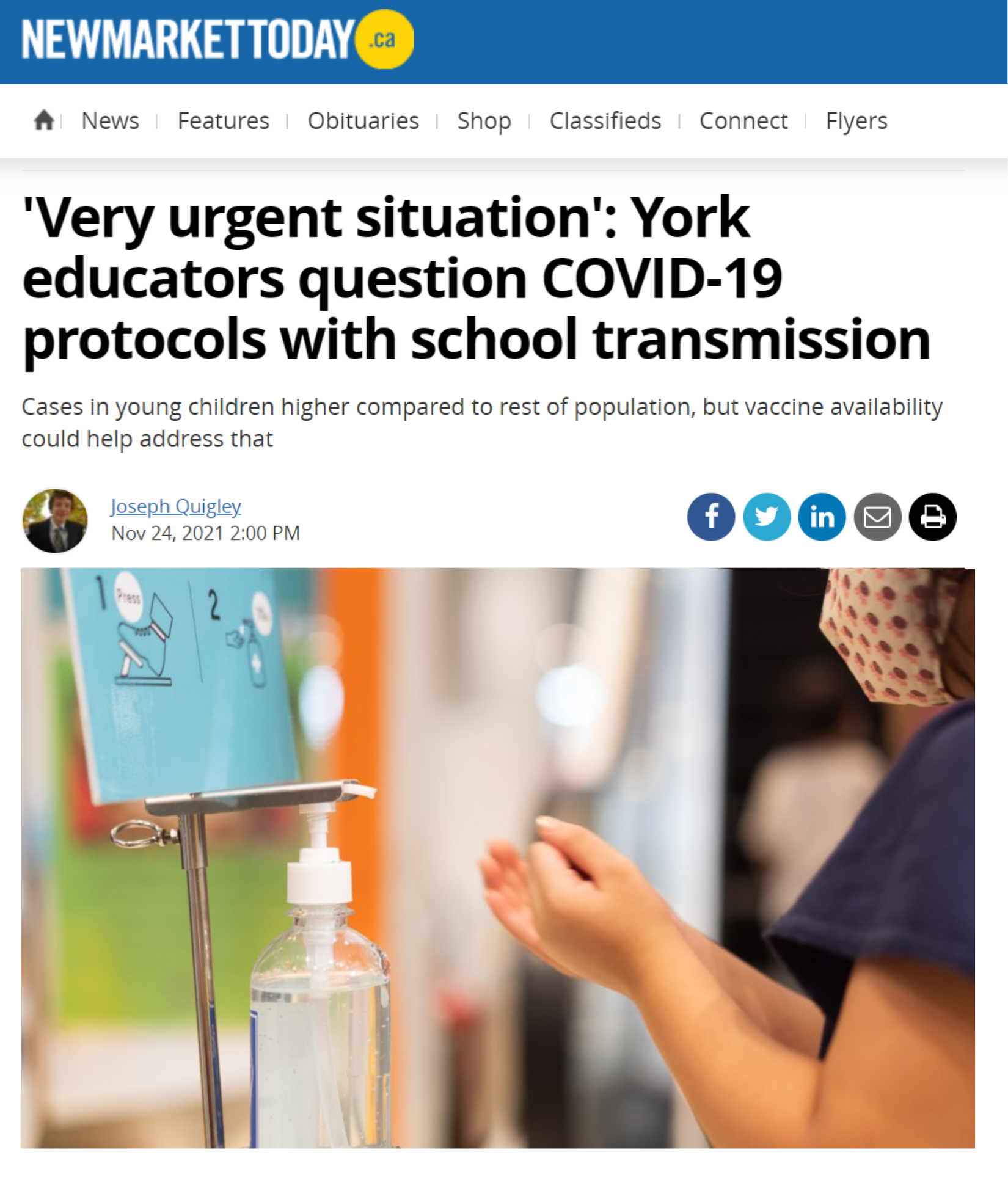 York Region's parents and teachers remain concerned about COVID-19 transmission in schools but change could be coming with vaccines for younger children.

The region is facing 13 open school COVID-19 outbreaks — including Newmarket’s Crossland Public School and Newmarket High School — with 46 schools under surveillance. Data suggests transmission remains higher at schools compared to the general York Region population. York Region Public Health said there are currently 65.1 cases per 100,000 population for York’s five to 11 year-olds, compared to 22 per 100,000 in the general population over the last seven days.

Advocacy group York Communities for Public Education co-chair Riya Bhatla said they are encouraged by recent government steps, like increased availability for rapid testing, as well as a potential return to regular semesters. But she said there is more to do.

“To see it’s taken this long for the government to take these steps is honestly quite disappointing,” Bhatla said. “We do have a long way to go. We’re still pushing for smaller classroom sizes, better classroom ventilation, PPE.”

Bhatla said she hopes parents get their children vaccinated. She said her organization’s foremost advocacy has been toward ending the hybrid learning model, but their teachers still have concerns about ventilation and protocols.

“It’s a very urgent situation, and people are at risk,” she said.